Doug Flanders (1967-) was born and raised in San Antonio, TX. He attended Dallas Baptist University, but after two years gave up a full scholarship to marry the love of his life, Jennifer (Cowan) Flanders (1965-), also an author (Love Your Husband/Love Yourself: Embracing God’s Purpose for Passion in Marriage). A year later they had their first child and Doug started medical school at UT Southwestern in Dallas. By the time Doug graduated, two more children had been added to the family, and Doug was voted “most likely to have a dozen kids” by his classmates. Not wanting to disappoint, he and Jennifer went on to have nine more! With twelve children and five grandsons around, the two writers have plenty of inspiration, but are typically short on time. In addition to his unique family situation, Doug draws on fifteen years in the Army Reserves and twenty-two years as a physician to craft his medical thrillers. “The Prodigy Project” is the first in a series of adventures featuring the rather large Gunderson family as they traverse the globe fighting bio-terrorism. 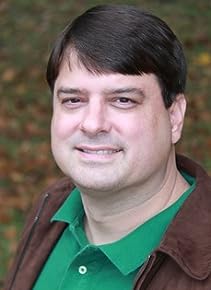